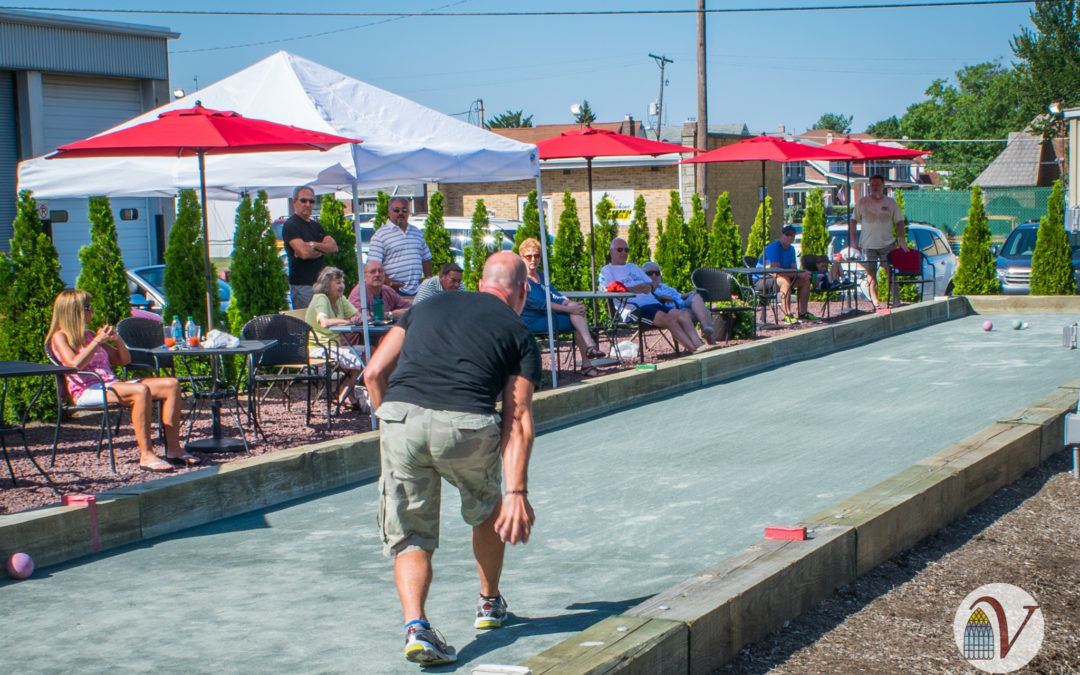 A neighborhood staple since 1984, Victor’s Italian Restaurant has evolved into a relaxed reflection of an Italian trattoria. From Italian fine dining to its friendly, casual bar.  From its beautiful outdoor patio, to its bocce court, Victor’s is reminiscent of another place and time, offering a fun place to gather for people with a wide variety of tastes, ages, and interests. 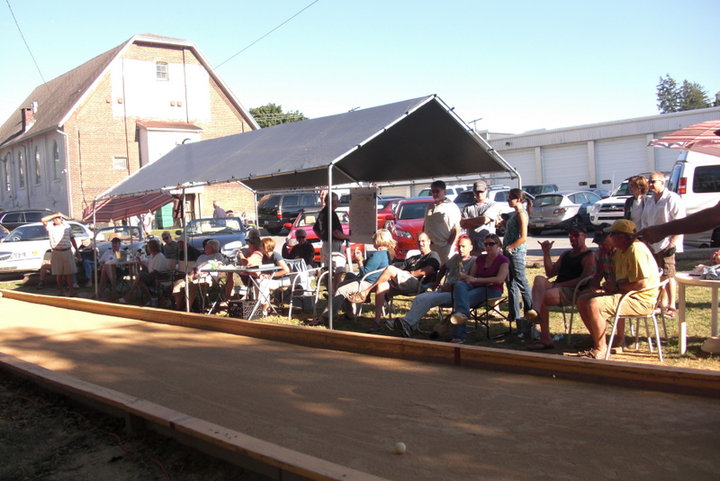 Victor’s bocce court in its original location of the northwestern corner of the property.

Bocce is just one of those interests reminiscent of beautiful lazy days in the Italian countryside. But here it is in York, a hidden gem, operating a lively league for 35 seasons. The original owners of Victor’s started the league in the summer of 1985. It began somewhat loosely with a group of regulars on Saturday afternoons challenging each other in friendly matches.  The league soon began to take shape as it grew into eleven teams of two.

Proprietor Marie Sindicich recounts, “By the time [husband] Mark and I took over Victor’s in 2008, there were 28 teams. We quickly expanded it to 40 teams in 2009 and over the course of the next 5 or so years, we jumped to 44 and then to 55 teams. When the court was moved in 2016, we expanded to 66 teams of two split amongst 6 flights. That seems to be a sweet spot for us. It’s manageable and fun, yet pretty inclusive and accommodates just about everyone who’s interested.”

Del Miller, long time Victor’s patron and lover of the sport is one of the longest participants in the league having been involved for more than 30 years. Del was integral in moving the court from the north western corner of Victor’s property to the south western corner. Owner and league organizer, Mark Sindicich recalls, “People responded with excitement and support when this major change was made. It took some serious planning and elbow grease, but it was really worth it.  We built a court that does justice to the history and culture of the league, with the added bonus of being able to offer table and beverage service. It really makes Victor’s bocce court a special and fun place to hang out.”

Don’t be intimidated. The Victor’s Bocce League is what you make of it.  Some teams take it very seriously, whereas others are in it just for fun.  Some teams scout, practice, and strategize while others are just happy to relax courtside with a drink in hand. In the end, all teams hope to win the coveted bragging rights of winner of the league.

Victor’s holds a wide and eclectic history and a welcoming vibe. The bocce court is just one of its relaxing and entertaining venues, all within the single property.  Drop by on Sunday, August 25, as a large and lively group gathers at the bocce court for Victor’s Summer Bocce League end of season bash and tournament. This event is open to the public with courtside bar and kitchen service beginning at 11:30am. You’ll find it to be the perfect combination of a serious sport and a friendly competition.

More information about Victor’s Bocce League can be found on Victor’s website at https://victorsofyork.com/bocce-league-york-pa/. Registration for the 2020 season begins in April 2020. Newbies are always welcome. So are spectators!