The Flavor of the Proposal at Victor’s 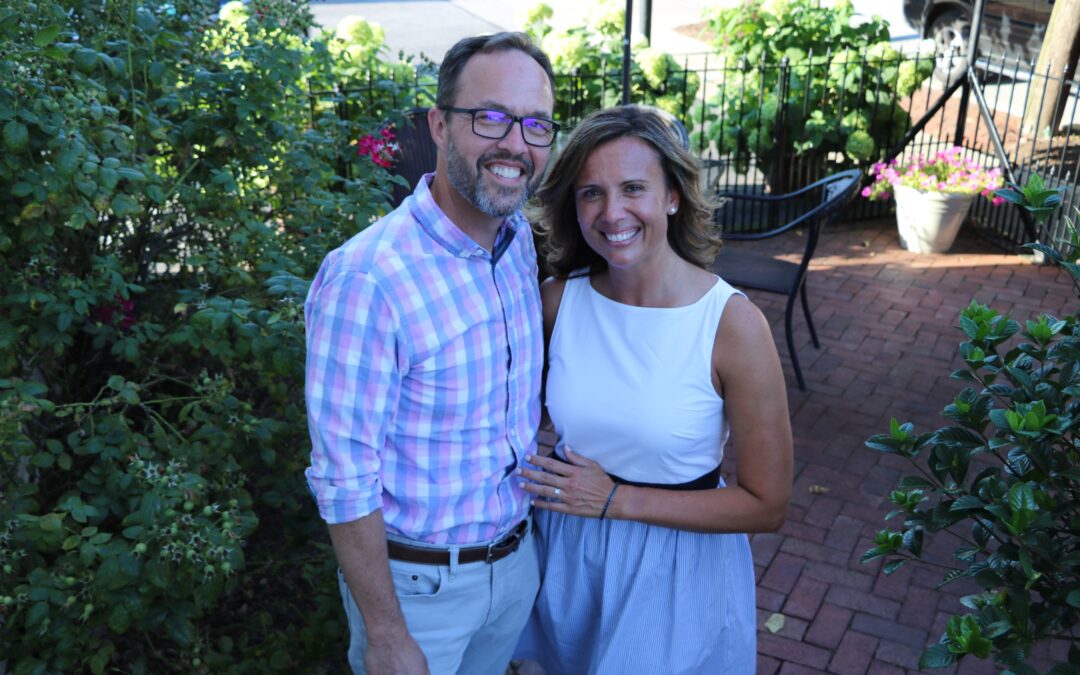 “It always amazes me how many people there are who have stories about major life events that are tied to Victor’s,” says Marie Sindicich who owns Victor’s Italian Restaurant with her husband, Mark. “When people learn that we own the restaurant so many people have stories to share.” 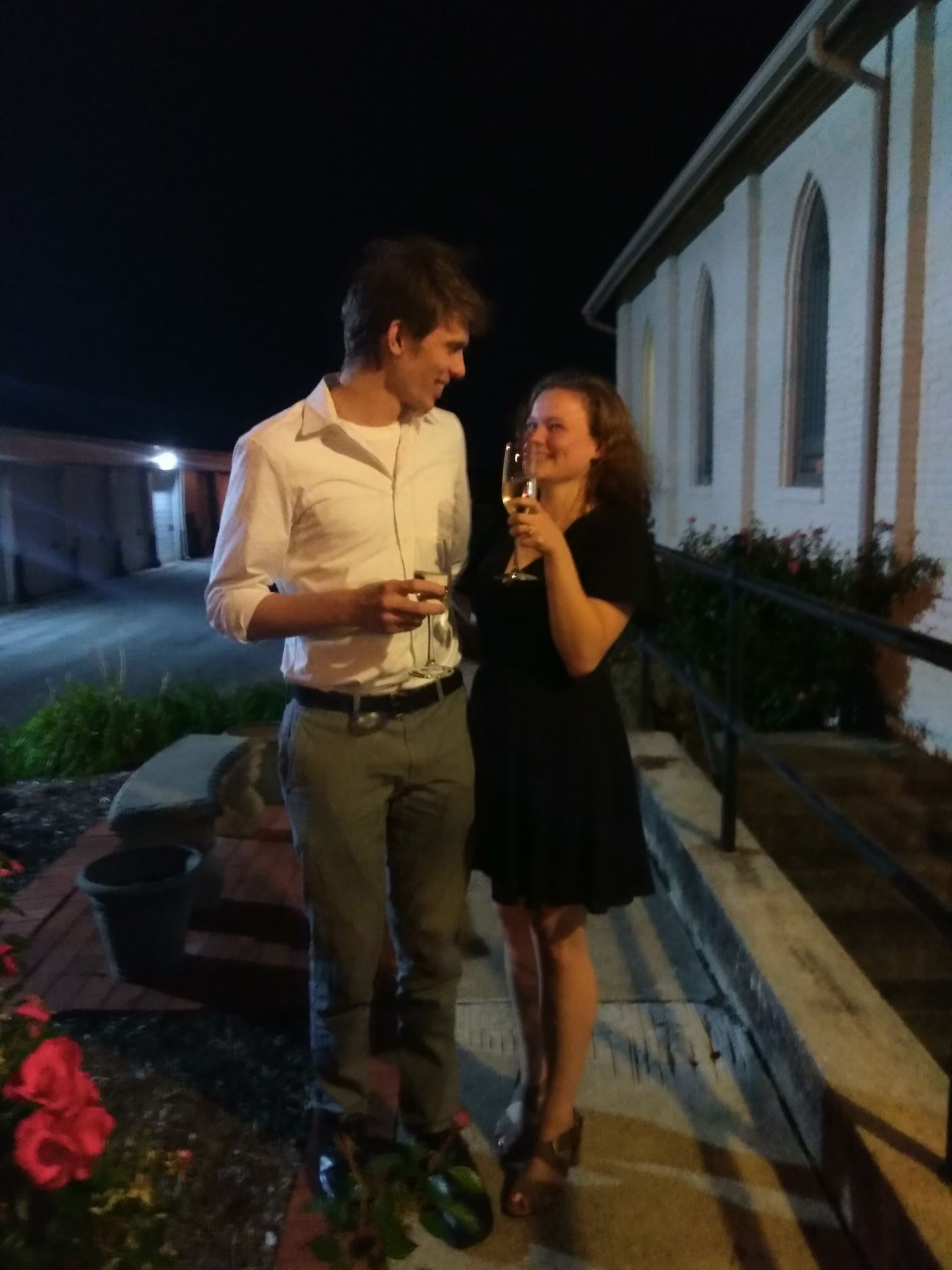 Marie and Mark speculate why this is the case. Could it be because Victor’s has been around since 1984? Could it be that the food, drinks, and staff make it the perfect setting? Could it be the vibe and the charm of the 19th century renovated church that houses the restaurant?

The Magic of Victor’s

Mike Harper says it is for all of these reasons chose Vix as the place to ask his girlfriend, Suzanna Hagler, to marry him on October 20, 2018. “I chose it because it was a nicer restaurant, the food is always good, they have good drinks, and the service is always top notch…  I knew we’d have a nicer experience.”

Eric Himes says he decided on Victor’s as the backdrop to his proposal to Holly Sterling on July 7, 2020 because of the atmosphere. “I just knew that coming here would make a memorable time for both of us. The staff always takes such great care of us.” Holly agrees, “The food is consistently good. We’re just very comfortable here.” 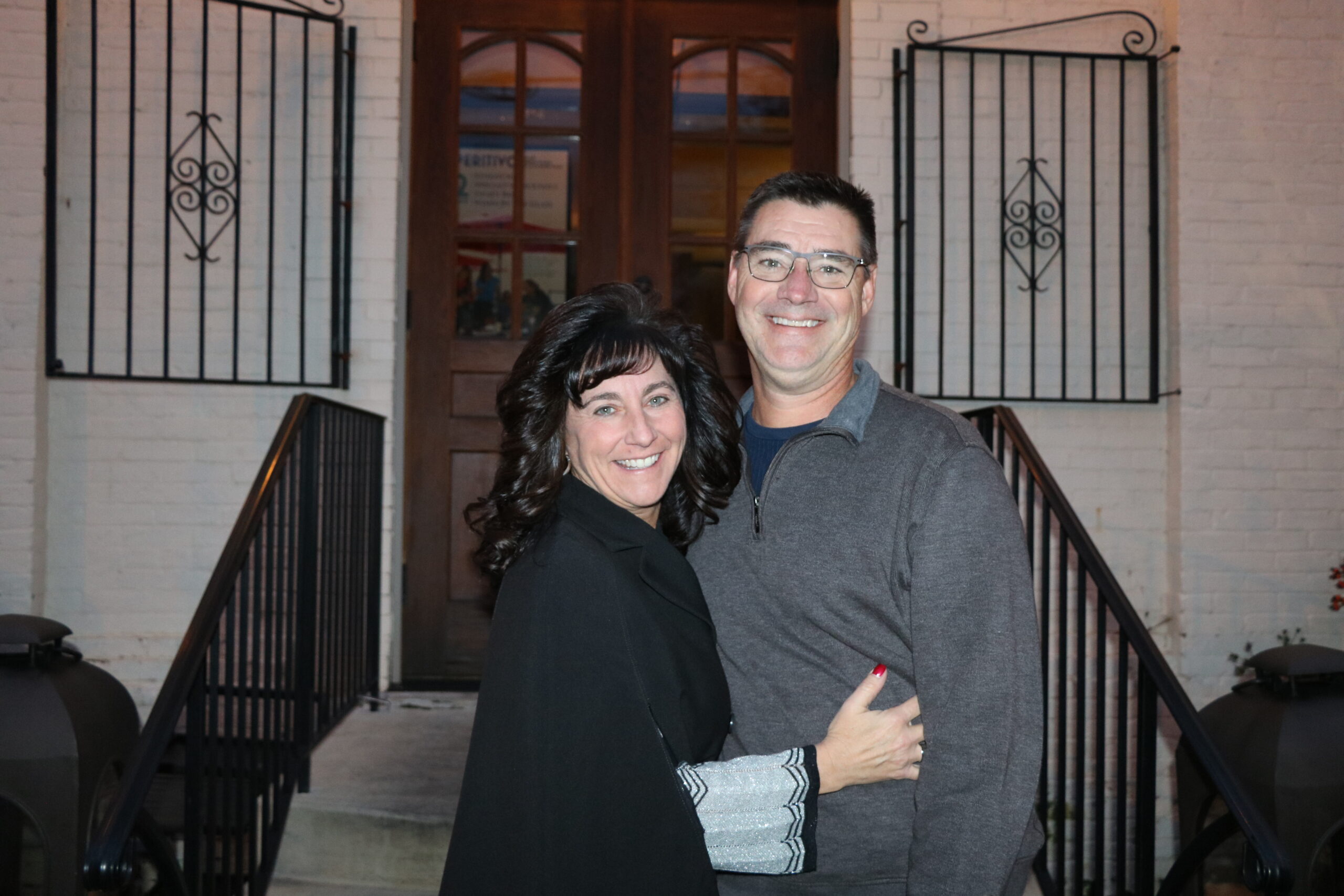 Travis and Stacie Hoover had their first date at Victor’s in 1993.

Travis and Stacie Hoover had their first date at Victor’s in 1993.  A year later he chose Victor’s as the place to ask Stacie for her hand. Travis had an elaborate plan that involved dropping by the restaurant earlier in the day and entrusting the bartender with the engagement ring as well as plans to deliver it later that evening in Stacie’s dessert. Stacie chastises, “Who would give a bartender – one you don’t even know – a diamond ring to hold for you?!”  They laugh about it now.

Hard to Keep a Secret

Fortunately the bartender was trustworthy but he wasn’t good at keeping a secret. When Travis got down on one knee to propose with the cheesecake-covered ring, all of the bar was peeking around the wall, the restaurant fell quiet, and erupted into cheering when Stacie said yes. “It’s hard to keep a secret at Victor’s!” laughs Marie. She remembers when Mike Harper popped the question, “The whole bar was pressed against the windows watching it happen on the side patio.” 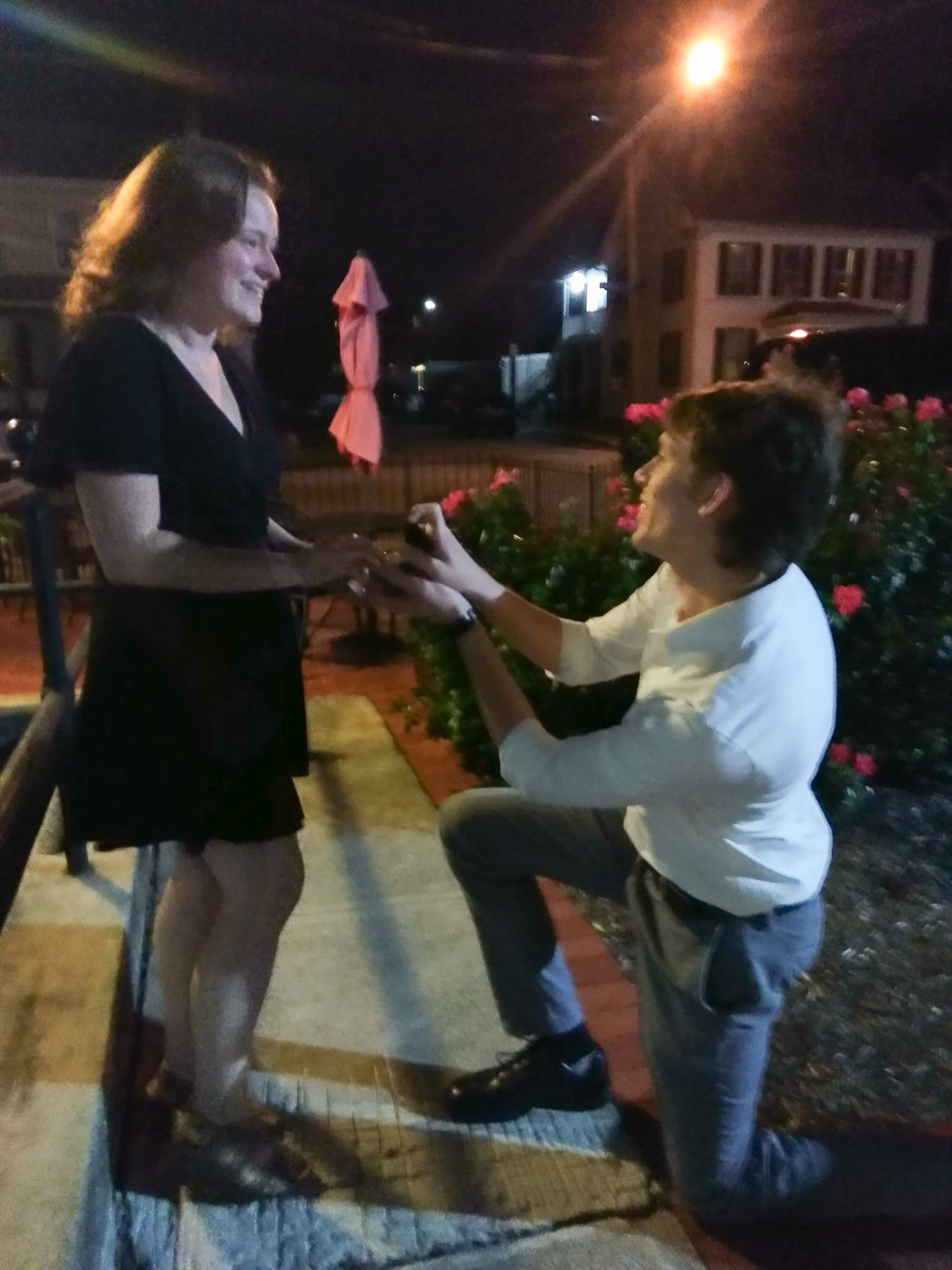 Holly had a similar experience when Eric pulled out the ring after dinner and surprised her with the big question. “At one point I look over and there were all the employees peering around the corner. People were watching me from everywhere!”

The warmth of Eric and Holly’s moment carried through the restaurant and staff. Marie says, “It’s so nice to see people happy, especially in the midst of all this pandemic craziness.” Eric simply responds, “We just figure we need to press on.” 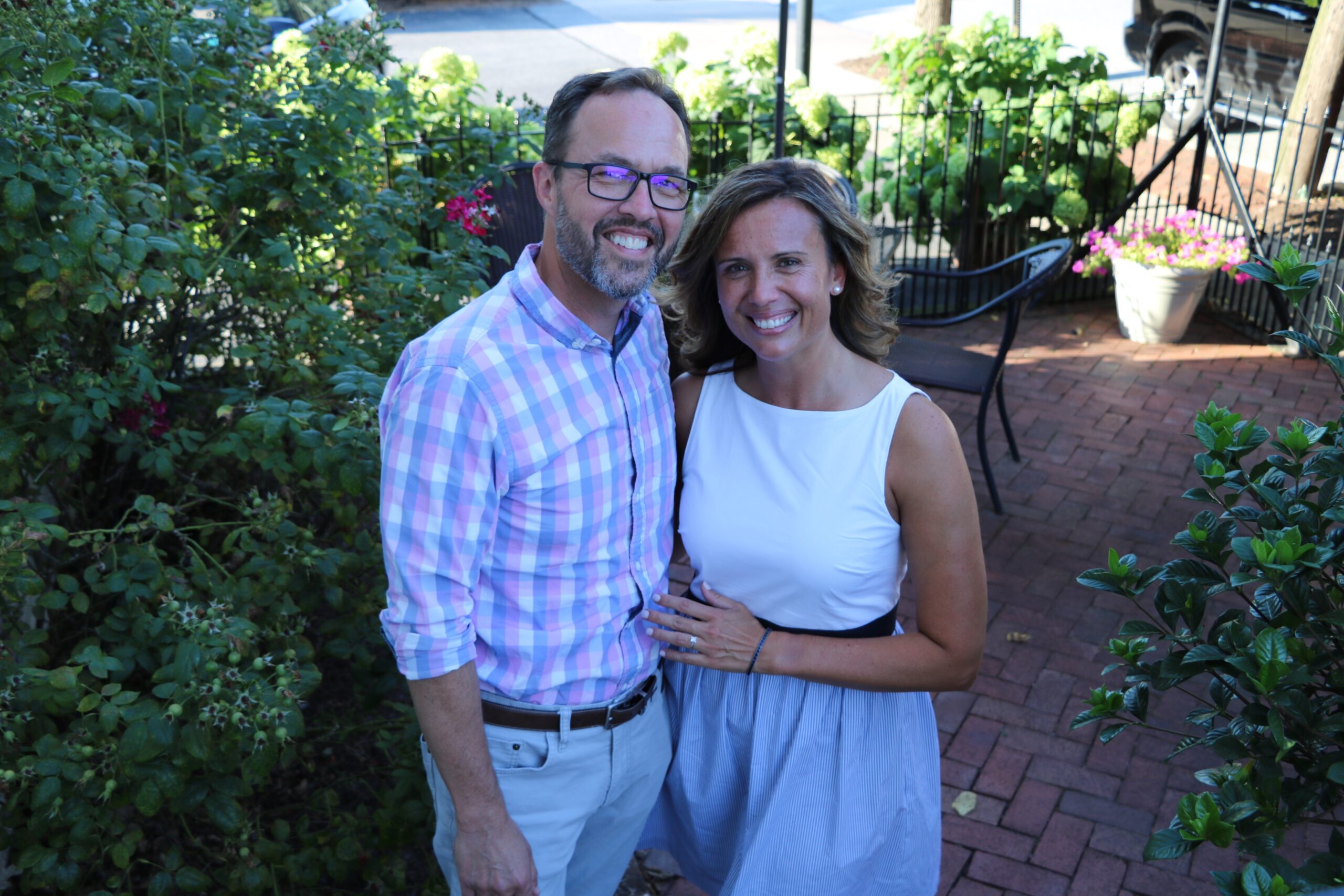 He explains that he had an attitude shift a few years ago to an attitude of gratitude. “You might have had a bad day, but if you can focus on two or three things that are great about the day it tends to shift your mindset. It doesn’t mean you gloss over the bad stuff, but be sure to focus on the good stuff.”

So during this unprecedented time, we’re taking this opportunity to be grateful for Travis and Stacie who will celebrate their 25th wedding anniversary in October, for Mike and Suzanna who are planning for a 2022 wedding, and for newly engaged Eric and Holly who miss Victor’s lunches but love overnight tomatoes and espresso martinis.  Thank you for weaving the magic of Victor’s into the fabric of your lives, for supporting us during these challenging times, and for giving us something good to celebrate. Saluti!