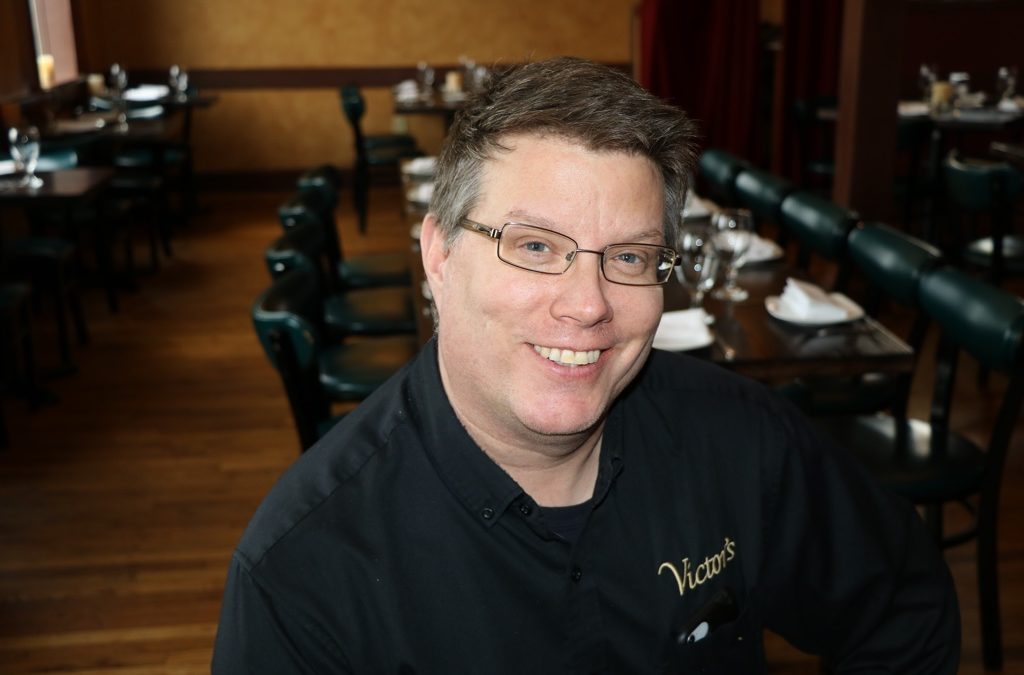 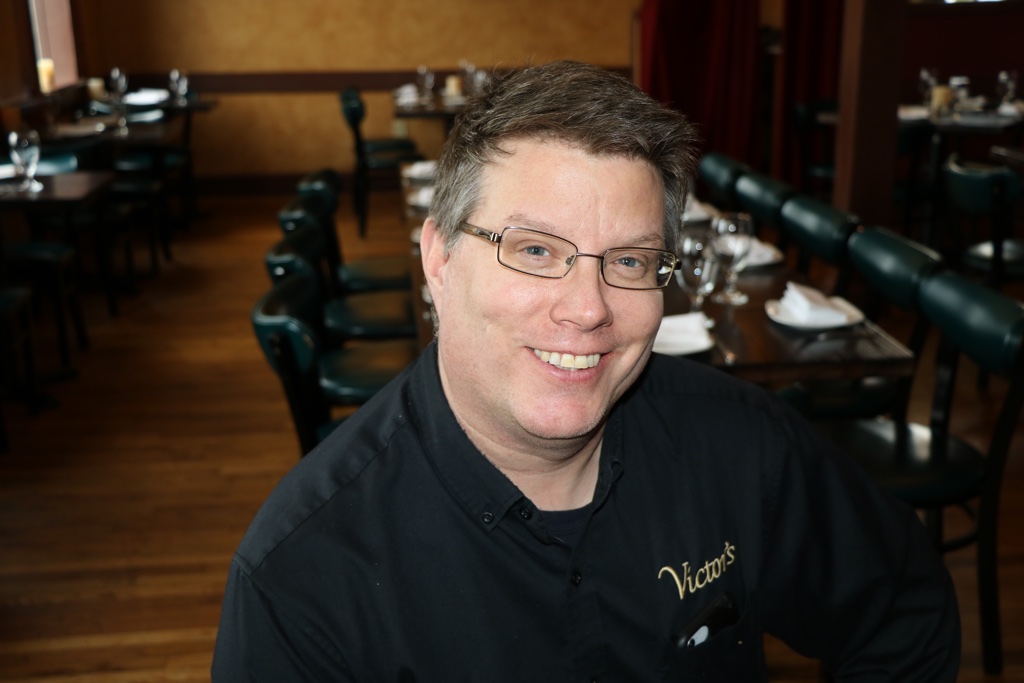 Luke MacCloskey has been with Victor’s since 2012. But did you know he is an actor too?!

Sure, Luke MacCloskey has been serving up delicious Italian dishes at Victor’s since 2012. But Luke has other talents too. You might recognize him (or not!) as the interloping zombie in the national TVBoss.org commercial.  Luke is also an actor, writer, teacher, and producer; and he has performed on stage and screen around the country.

“[Owners] Mark and Marie [Sindicich] have been supportive of my acting jobs and other endeavors. Victor’s has been my home base for a long time,” Luke says. He likes that the Victor’s family encourages creativity from within. “They’re always open to ideas from all of the staff making the work environment more productive, fun, and interesting.” He says it’s one of the reasons he loves working at Vix. One such area where Luke can flex his acting muscle is with the Victor’s Mystery Dinners.  Luke beams, “This year we will host our third annual mystery dinner to try and answer the age-old question, 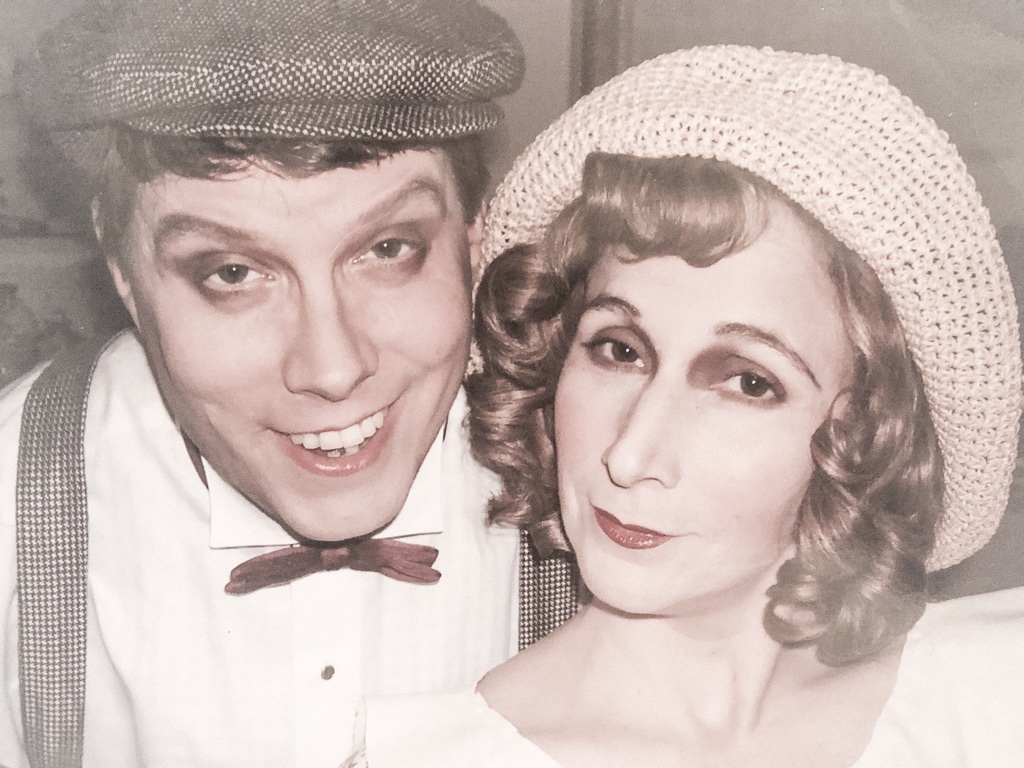 Flashback to the 1920s. Luke and Christina Myers MacCloskey. These two put the fun in the Mystery Dinner!

Luke and his wife, Christina Myers MacCloskey, have a production company called Cobblestone Players where they produce interactive, comedic events like the mystery dinners. Luke explains, “This Halloween we’ll present the 1920’s themed dinner, Speak-Easy and Walk Fast. It’s a fun evening where every guest is a character and may be the culprit. With music, prosecco cocktail hour, four courses, special guests, and prizes awarded… this Mystery Dinner is a great deal! And it’s been a smashing success!”

Luke says the best thing about Victor’s is its energy and vitality. He got hooked on the Victor’s vibe when he performed at the Open Mic Nights that Victor’s used to host. “The historic building has such a warm and inviting feeling.” He likes that it’s off the beaten trail and thinks it’s the seasonal menus and cocktails that keep guests coming back. “The people I work with are amazing and knowledgeable about food and drink. We keep trying new things, and bring back old favorites too.“ 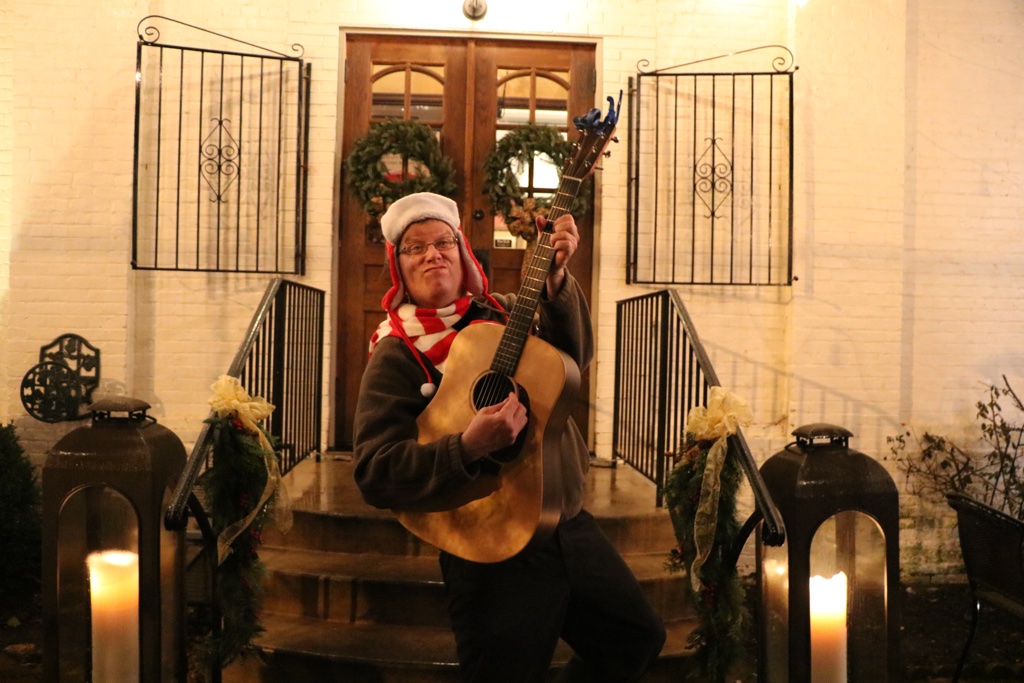 Come enjoy an evening with Luke at Victor’s Mystery Dinner, Speak-Easy and Walk Fast on Sunday, October 27.  You can also catch Luke unassumingly waiting tables at Victor’s on many evenings, performing live at Victor’s with his friends on select Saturday nights, and leading Victor’s spirited annual Christmas Eve Caroling Party.

Fun fact about Luke, his favorite Vix dish is the Calabrian Chicken paired with a Victor’s Cosmo!