Our 2018 Bocce League Sign-Ups will be held on Sunday, April 8th at 11am
Join us for Bocce, Brunch, Bloody Marys & Breaking Balls.
Patti Stirk from SMALL STAR Art House will be screening Breaking Balls, a 75-minute feature length documentary film that follows three key figures in the lead up to and aftermath of the 30th anniversary of the Cleveland Challenge Cup of Bocce tournament: Gino Latessa, the Tournament Director; Brian Polantz, a world class bocce player from Mayfield, Ohio; and Dominic Olivo, the head groundskeeper at the Wickliffe Italian-American Club.
Bocce sign-ups begin at 11am, the film starts at 12:30pm.
All are welcome for the film screening.
Call the restaurant to reserve space for brunch and the film screening. 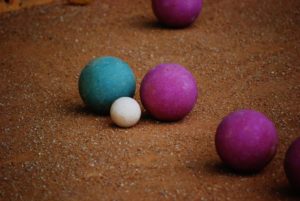